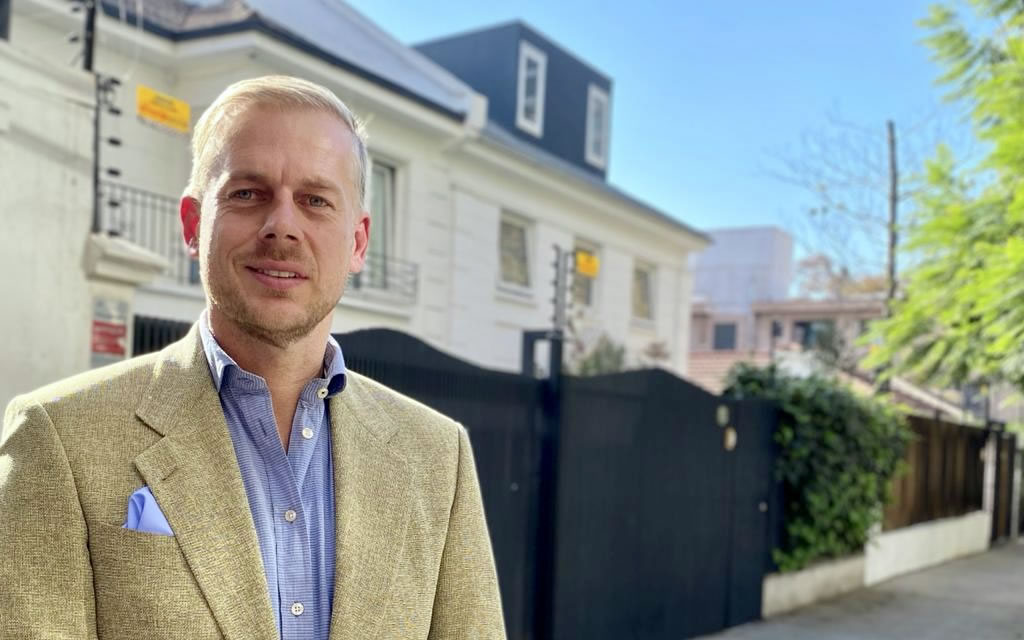 Maarten Kraaijenhagen is a multilingual entrepreneur and has been involved in several business start-ups, holding over 20 years of experience in business consultancy in sectors like mining, infrastructure, energy, technology and agribusiness, among others.

In 2010 he co-founded GEIMSA, the Spanish abbreviation for “Gestion E Inversion Minera S.A.” that stands for “Mining Investment & Management Inc.” GEIMSA is dedicated to the development of mining prospects throughout Latin America. In 2012 he co-founded “Latin Mining Solutions S.A.” a product and service provider for the Chilean and Peruvian Mining Industry.

In 2013 he co-founded the advisory firm “Cape Horn Investment Advisory SpA”, a Corporate Finance and Merger & Acquisitions boutique advisory firm, active in the energy, mining, agriculture and real estate, among other sectors. In 2017 Cape Horn became the partner of ONEtoONE Corporate Finance, a global Mergers & Acquisitions advisory firm, with 40 offices on 5 continents, providing services like, Company Valuations, Sell Side & Buy Side Advisory, Capital Raising, Mergers , Strategic Advisory and Debt Structuring Services among others.

“Maarten is a well-organized, focused professional with talent for visionary projects and with strong management skills to deliver high class, value added Products and Services. I have known him for quite some time now and he has always been an interesting person to meet, know and work with, also his international scope gives him a plus, not only on business skills but also communication skills. It is always a pleasure and a value to my own personal work to interact with Maarten.”
Patricio Rojas Hubner, Strategic Business Manager, Bloom Consulting

“Maarten is a highly skilled professional with the rare ability to put at ease and motivate its collaborators from the very first moment. While working with him, I always had the needed support to accomplish my tasks and the opportunity to learn from a professional who is ready to share its point of view and knowledge.”
Ricardo Wechsler, Manager Parcela 24

how can we help you?

Contact us at info@accesslatinamerica.com or submit a business inquiry online.

We work with clients on various aspects of planning, strategy, and problem-solving, with an in-depth understanding of local customs.